I don’t watch the news every single morning because I’m getting ready for school and then leaving, but if it’s a super important topic then we either talk about it at school or my mom just tells me at dinner. I recently learned from a Youtube video that Ben Shapiro is looking to potentially run for president, which was a pleasant surprise. I agree with his views, but I still think he can be slightly hypocritical at times. Whenever he tries to have a debate with someone, he usually interrupts them a lot and tends to get super excited, but it detracts from the conversation. When only one person’s voice can be heard, then how do you dissect the conversation from their point of view? 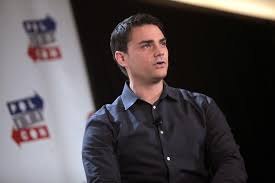 He is really smart in all of his areas, though. Shapiro knows everything about the topic at hand, and then he’ll point out all of the flaws in their logic. I could talk about the shooting in Las Vegas, but there’s not really much else to say. I’m not a reporter, so I don’t have anything new to add and I’m not going to repeat overused info. I could repeat erroneous info, but then that would just make me CNN. Then I could just write article after article bashing Trump for whatever he did today. I bet all of their knock lists just read “1. Insult Trump. 2. Tell people that Trump is inherently evil. 3. Find more prospects for the Clinton Cult”. Anyways, I have unfortunately digressed again. Sheesh, I do this every day.

In more recent news, Puerto Rico just got hit with a natural disaster. Hopefully all of the fish can survive the spike in water pollution, with all that spray paint washing into the ocean. I’ve never been outside of the country, but my mom just recently got back from visiting Europe. I might go with her sometime. My dad’s friend in Reno gets to travel all over the world, because he makes so much money off of being a successful chiropractor in reno. I wonder what it’s like to have that much money.